Astroworld: what can we learn from the tragedy? 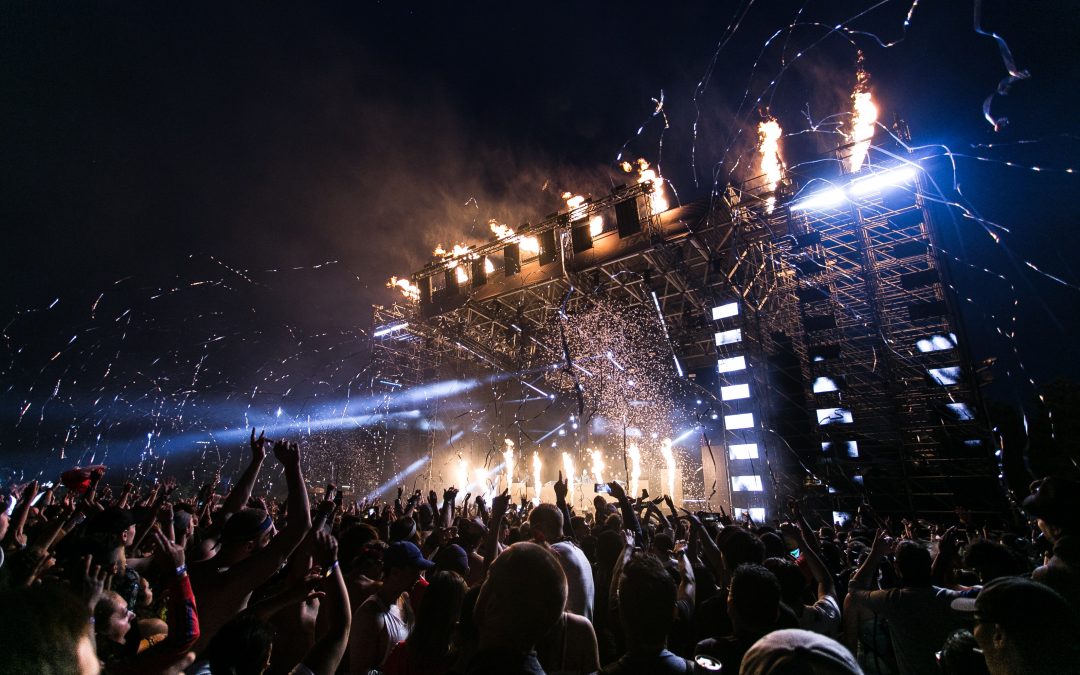 The Astroworld Festival near Houston turned into a tragedy on the evening of November 5, 2021. The atmosphere at the concert changed as disaster hit because of a crowd surge, resulting in multiple fatalities and serious injuries.  A Special Task Force on Concert Safety recently came up with a report with recommendations to prevent these kinds of tragedies from happening in the future.

Astroworld Festival is hosted by native Houstonian rapper and singer Travis Scott and is held annually in the parking lot structure at NRG stadium. The outdoor nature of the event is prone to increased safety risks. This year turned into a tragedy that built up during the day. This article summarizes the findings of the TFCS on what we can learn from this tragedy.

At the beginning of the evening, hours before the performance, the entrance to the location was breached by attendees without a ticket. This flood of people overwhelmed available resources and was followed by reported injuries throughout the day. By mid-concert, medical staff on-site was dealing with a number of these injuries. Meanwhile the Houston Fire Department self-initiated a response, which led to the declaration of the Astroworld Festival as a mass-casualty incident. Despite this declaration, the concert carried on for another 30 minutes. While the crowd compression continued, efforts of emergency personnel to stop the concert and aid those in distress were in vain. Ten concert attendees lost their lives and hundreds of others were sent to the hospital with critical injuries.

In an effort to reduce the risk of any future tragedy, Texas Governor Gregg Abott formed a Texas Task Force on Concert Safety (TFCS) dedicated to analyzing the aspects of mass gathering within state jurisdiction and identifying possible improvements. The Governor of Texas also launched the new Event Production Guide which is designed as a centralized resource for best-practice recommendations for promotors. The TFCS came up with several recommendations tailored to address the gaps that were found to have contributed to the safety failures that occurred at the Astroworld Festival. Moreover, the task force used this process to enhance Texas’ standard of safety practices for mass gatherings of all kinds.

The function of a Unified On-Site Command and Control group is to establish authority and process in the event that a show must be paused or cancelled due to a safety incident. The TFCS identified the need for precise outlined triggers that must be laid out in event permit applications and must be agreed upon by the UCC in advance. Successful implementation would require representatives from local 911 response, as well as a designated representative from the production team with the authority to stop the show, to remain on site during the event.

The TFCS supports preshow collaboration between event promotors and EMS/Fire/Police agencies to determine which would respond to a 911 call onsite and to strengthen communication during a crisis. Local first response teams have existing relationships which can make communication more efficient, as communication is key when seconds matter. An opportunity would be to have these teams work with hired security to conduct in-depth briefing to achieve consistent awareness and preparedness among all staff.

Events within municipal jurisdiction are permitted under municipal rules. The TFCS strongly recommends that mass gathering events permitted by municipalities should also follow permit guidelines for unincorporated areas which are drawn in state statute.

Emphasized in the discussion regarding Astroworld festival was that the County had jurisdiction over the permitting requirements, however the City’s 911 was responsible for reporting to event incidents. Furthermore, no Occupancy Load was issued for the event which is normally determined by the Fire Department.

The Texas Task Force on Concert Safety makes the recommendation that local authorities take the initiative to stop a show when determined that an event has been organized without a permit or has breached the bounds of the issued permit. They encourage local officials to use these enforcements whenever applicable. Moreover, the task force recommends the Legislature to consider increasing fines and penalties regarding noncompliance and repeat violations.

The discussions held by the TFCS showed that the permitting process is inconsistent across the state. The TFCS recommends the implementation of a universal permitting template in order to establish of a statewide baseline. The template would serve as a base allowing local issues to add relevant information according to the area and type of their event. Additionally, the TFCS recommends that these templates include standardized checklists for County Judges that are responsible for issuing permits. The Texas Association of Counties acknowledged the need for clear direction regarding what makes a successful event permit application, past simply filling out the form correctly.

A consistent permitting process could have helped established jurisdiction and authority over ultimate event shutdown in the face of a life-threatening incident. It is the goal of the TFCS to raise public awareness of the permitting requirements as well as the penalties that stand for not complying with those.

“The best surprise is no surprise.” Crowd safety has been a wildly studied topic by experts resulting in strong training resources for those involved. Public and contracted security and event staff must have competent training for each specific event. Some of the elements of a successful event protocol are agreed-upon show-stop triggers and responses, site walkthrough drills and tabletop exercises. Participation in training courses and conducting those proposed exercises can support a showing of due diligence.

The Astroworld Festival took place in the parking lot of the NRG stadium which requires a unique contingency plan. For these manufactured events, there is a serious safety risk if venue borders are susceptible to a breach resulting in unauthorized entrance to the event. This influx of people can be overwhelming and may result in the introduction of smuggled goods not screened at designated entry points.

The design of an event can impact crowd control. Barricades can be used to guide attendees into rounded areas that allow forward and backward egress, rather than angular areas where people can get trapped.

A plan should be made with risk management in mind and must included prepared materials identifying reasonably foreseeable dangers and responses. Moreover, a communication tree showing the conditions for a transfer of authority in the case of an emergency.

Public service announcements can inform attendees of any emergent situations and urge collective accountability and responsibility for everybody’s safety. The use of a Concert Attendee Code of Conduct should be part of the ticketing process and makes clear what  behaviour would lead to ejection of an attendee.

Continuous monitoring of social media hashtags as well as the artists’ account are part of planning and should remain throughout the event to establish the mood of the crowd in real time. Furthermore, TFCS recommends communication with other venue representatives to discuss the artists’ profile and history. Some artists have a documented history of encouraging fans to disregard public safety. If this is the case then this could be considered a breach of contract and come with responsibility for any damage to property as well as people. Event promoters should take this opportunity to partner with artists to encourage safety.

Many of the recommendations laid out by the TFCS came from a large collection of resource documents. The Texas Music Office (TMO) will host these resources on its website as part of the Event Production Guide.

Conclusions: what can we learn from the tragedy at Astroworld Festival?

The incident at the Astroworld Festival highlights the importance of a risk-based event safety plan and a thorough permitting process. Crowd safety is a topic that has been wildly studied by experts resulting in a substantial number of resources and in turn makes it possible to create strong trainings. A risk assessment needs to be made to determine foreseeable risks that need management. Competent training must be given to all those involved to ensure that all staff is aware and prepared for the event. Civil servants should also be trained in order to ensure that they make the right decisions when it comes to the permit of an event. The usage of a universal permitting template would make this process a lot easier.

The use of a Unified On-Site Command and Control unit establishes authority and process when a show must be paused or even cancelled due to a safety incident. Implementation of this unit strengthens communication during a crisis. The risk assessment should give insight to decisions that should be prepared for during the event because of the reasonably foreseeable dangers and responses.

The Texas Task Force of Concert Safety concluded that its findings show that there is room for improvement with regard to crowd safety at events in the state of Texas. We would like to see these lessons taken into account globally, since events like the Astroworld Festival take place around the world. Nevertheless, a certain level of risk is inherent in any mass gathering. Proper planning will allow attendees of events and festivals to enjoy performances in safe conditions.